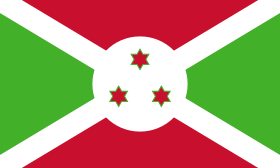 Medicines for a total amount of over 50 thousand euros have recently left from the headquarters of the Association, in Spoleto, for Burundi. This is a country that is new in the commitment of the Association, one of the poorest and most corrupt in the African continent.

For readers with a careful memory of the African events of the end of the twentieth century and the beginning of the twenty-first, we remember the involvement of Burundi in the bloody carnage between Hutu and Tutsi that marked the tribal struggle of the Great Lakes region. The ethnic clashes in Burundi and Rwanda, especially in the nineties, helped to isolate the two countries from the international community and also from the neighboring countries themselves, which however were an active part in the attempts at reconciliation, starting from the Arusha agreements of 1993, talks of peace between Hutus and Tutsis held in Arusha (Tanzania).

At the moment we publish this message, we are receiving requests for the supply of medicines and ambulances from Ukraine. We will see the development of the situation and the type of response that we will be able to ensure.

A further step to let the Roma youth be heard